The Keys to the Internet are Firmly on Googles Key Chain

Part 2 – To the Victor Go the Spoils

In part 1 on this little series, we looked into the history of web browsers and how habits and user bases have changed over the years. We started to discuss how Microsoft’s recent announcement that they were rebuilding the Edge browser using the Chromium engine. This is something that many people will never notice or concern themselves with; but it holds a good deal of significance for internet businesses. This post is going to continue this journey and hopefully explain why this is note worthy.

They say that all is fair in love and war, but when it comes to big business competitors can make strange bedfellows. From the previous post we know that without Microsoft’s Edge browser using the Chromium engine and doing its own thing, Google hold around 70% of the current browser traffic in the world through Chrome and its variations. Subsequently, Microsoft browsers have around 10%, Firefox 10% and the rest diluted between Safari and other smaller browsers. This means that Google’s technology already powers more than two thirds of all internet browser access. Clearly this is a significant percentage.

Our previous history lesson taught us that Microsoft Internet Explorer used to hold an even bigger percentage; this was slowly eroded away by Firefox and Chrome. With Microsoft rebuilding their Edge browser using the Chromium engine that powers, funnily enough, Chrome, this adds nearly another 5% to that number. So once this transition completes, Google technology will be powering around three quarters of the browser access.

However, things do not stop there as Google is responsible for a degree of funding to the Mozilla Foundation; as well as paying substantial sums of money to both Mozilla and Apple to remain the default search engine for their respective browsers. Whilst this may not give them control of the browsers technology, it does mean that there is an involvement. In fact, assuming that the Edge browser using the Chromium engine retains Bing as it’s default search engine; that still means that around 85% of web browsers will use Google by default; a number that could rise even higher (or indeed fall a fair bit) when you consider the choices users make.

But, isn’t Google the best?

Now this is a question for the ages. Google rose to their current position by giving the user what they seemed to want, and not charging for it. Now no web browser of search engine will charge their base users, but that fact is largely irrelevant. Google surpassed its competition through a wide variety of factors and tactics, but most of all it came from a solid foundation. Exactly how this was done this is not overly important (and VERY long winded); but the key point here is that at present, the keys to the internet are firmly on Google’s key chain.

For most people, this is not only nothing they concern themselves with, but as a way of life. Google has become so ingrained in our every day existence and public consciousness, it is synonymous with the concept of searching the internet. This has become evident through the rise of “Google” as a verb rather than simply a noun and replacing the word search in many cases. Do you find yourself saying “Just Google it.” well there is all the proof you need.

It is going to be up to history to decide if Google is truly the best option around at present; regardless of the path of history, basic facts tell us it is definitely presently the most prevalent.

It is easy to forget that whilst we are choosing between free services such as Google, Bing, Yahoo, Firefox, Safari, Edge and many others, there are huge sums of money that our choices are generating. There is a reason Google’s brand value has increased (nearly) every year with such relentlessness: data.

Having comprehensive user data for billions of people gives Google and other provides a very powerful tool and resource that can be monetised and sold. Targeted advertisements are far more likely to get results than random ones, and they use such data to target them more effectively.

This should come as no surprise, yet it regularly seems to. Not so long ago, there was a huge outcry online from people “suddenly” realising that Google, Apple and other companies were tracking their phones. This is not new information. This is something that is clearly stated in their terms and conditions. Probably more importantly, the services most people enjoy every day utilise this data, so it should be obvious that it was being tracked. Using this kind of data is what has enabled Google develop a net worth of around $740 billion.

Now, back to web browsers

So, with this clarity backing up our understanding we can start to see why every single percentage of the browser market share controlled by a company has a direct equivalence to tens of thousands of potential pounds / dollars / your currency of choice.

Along with monetised data, the greater one companies control of a market is, then the more sway they have over the development of that market. This is precisely what Google have been doing with the internet for years. Development is the real difference that the Edge browser using the Chromium engine is going to make. With the keys to the internet firmly on Googles key chain, they can make changes to their Chromium engine that affect an even wider proportion of the market than before; essentially forcing the rest of the industry to follow suit.

The march of progress

There is not intended to be an insinuation of anything untoward, simply the highlighting of the status quo. The internet is not controlled by any one party, but by having such a large portion of various markets falling under their sway, Google have the ability to force change. This is something people have mixed feelings about, but largely Google has used this position to advance the internet for the better. Of course this is not a selfless venture, but at the very least it has usually been beneficial to users as well.

The benefit this might bring to businesses is that of simple efficiency. Web developers will have one less thing to contend with when designing websites and applications; with the Edge browser using the Chromium engine, it will inevitably abide by the same rule set as Chrome. This is something that traditionally has not been the case, as Microsoft have previously attempted to force their vision of how things should work into their browsers, forcing developers to accommodate multiple models and bug fixes. With this gone, things become that bit simpler and more standardised.

Are there any true challengers left?

Honestly speaking, not really. Internet Explorer is at the end of dying a slow death, Firefox pretty much uses the same rules as Chrome and Safari is targeting iOS so largely do their own thing. So this really doesn’t leave anyone to honestly pose any kind of threat to Google’s dominance of the internet. But perhaps this is the wrong question. Rather than looking for a challenger, maybe we should be asking:

Do we really need someone to challenge Google?

And that is the topic we will be delving into next time.

So what do you think?
Do you thing it’s right that Microsoft are rebuilding their
Edge browser using the Chromium engine?
Should we be worried about the dominance Google has?
Is it right that one company has such huge sway over a vital resource
Would you use an alternative to Google if you thought it was viable?
Get in touch or let us know in the comments below!

If you liked this post or found it interesting in any way; please share it around so others can see it too! 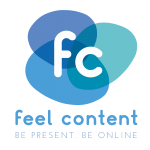